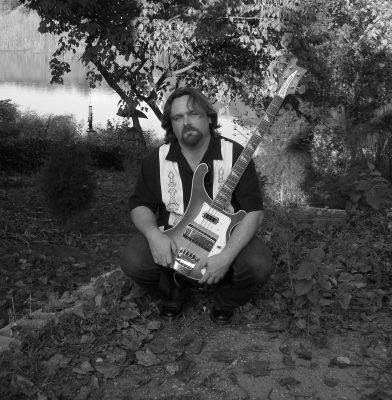 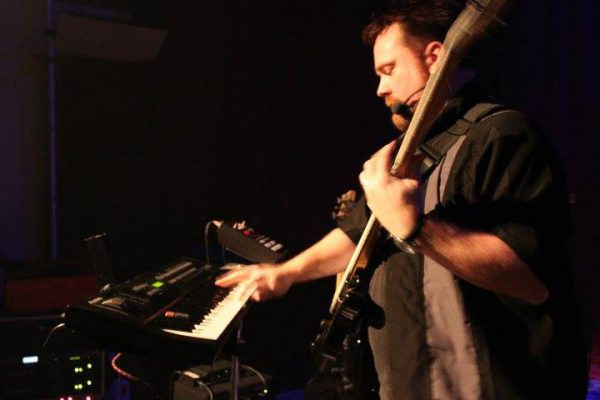 The Princess Bride, (This Is) Spinal Tap, Fearless, Better Off Dead, Rear Window, Scott Pilgrim vs. the World

In my own words

I’ve been a singer for as long as I could talk. I have tapes of me singing at the age of two, which are a joy to listen to — in fact, in the bonus ending of “Awaken the Man” (the song), that back-masked child’s voice is me!

I’ve also dabbled on the piano since a child, since we always had one in the house — Mom was a music teacher and choral director. After stints with trumpet and French horn in school (which came in handy while recording “Awaken the Man”), bass chose me in my teens, and I began to follow in the footsteps of my father, a longtime bassist himself.

Experimenting with the “limits” of the bass appeal greatly to me. I have several “many-stringed basses,” for instance. My main axes all have six strings, and I even have a 12-string in my collection! I also really dig using unusual effects units and MIDI triggering hardware to stretch the limits of my main instrument.

I also own and play upright bass instruments. That even extends into my “day gig”:  Gollihur Music, a popular online retail store where I provide instruments and accessories for upright bass players worldwide.

My musical goals are modest: to enjoy playing and composing, to create music that others can connect with, and to continue growing as a musician, a player, and a person. If there were a single word that could describe my intended approach to creating music, it would be “Honesty.”