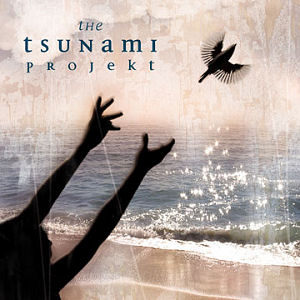 The Tsunami ProjektĀ was a one-off music compilation CD which was created in early 2005, specifically to aid the people devastated by theĀ TsunamiĀ that struck Asia in December 2004. This “CD Project as Benefit” was conceived and created by the online community ofĀ progressive musicĀ fans and artists at theĀ Spock’s BeardĀ website forum. A short run of the resulting double CD was financed solely by members of the board, and sold out almost immediately. 100% of the proceeds (just over $10,000.00) was donated to benefit the victims of the Tsunami.

Along with the many (relatively unknown) artists from all over the world who contributed to the album, a few famous progressive rockers donated submissions as well –Ā Neal MorseĀ (formerly ofĀ Spock’s Beard) andĀ Nick D’VirgilioĀ (ofĀ Spock’s Beard) each contributed demo tracks, prominent progstersĀ IZZ,Ā IQĀ andĀ Din WithinĀ all have a track on the album, and Ajalon had a song that featured keyboard solos byĀ Rick Wakeman, best known for his work withĀ Yes.

The project was originally the brainchild of Barry Thompson (known on the forum as KirksNoseHair); much of the technical work was handled by Brian Cobb (a.k.a. Brians Split Personality) – he also managed the financial end of producing the album and collecting the money for donation to the Tsunami charity. The artwork for the CD was designed by Martin Kornick (a.k.a. Man In The Mountain), and the liner notes were contributed by Darren Burns (a.k.a. CageNY).

‹ Tales From the Edge (Tribute to Yes)